Welcome to Readerly Ramblings for May

If you're looking for a new domestic thriller to read - read on...

“How can news about death occur on such a beautiful day? I tremble in the heat, feeling cold, wondering if there is any brandy in the house.” Fiona Matherson – Left Hanging.

The idea for Hit and Run was borne out of personal fear! When my then-fiancé went for a bike ride whilst staying at my house, having left his cycle helmet at his own house thirty miles away, my imagination began to take over, and chewed over the possibility of what it must be like to get that dreaded knock on the door with news of an accident.

A story then began to build in my mind around what if it wasn’t an accident?  And the fictional character of Rob began to form, along with a host of enemies and activities that his wife Fiona would know nothing about.  Perhaps she could be a suspect too?

These fictional enemies began to take on lives of their own – one of the most exciting things about being a writer.  Often, when I start working on my novels, I’m unsure of the whodunnit and whydunnit until I'm approaching the end of the first draft, but this time, I was clear on both counts before I even started making notes.

Fiona is a very flawed character but I’ve drawn her in a way that creates emotional connection with readers who’ll need to find out what becomes of her.

Hit and Run is interspersed with digressionary ‘asides’ at the end of most of the chapters.  It's the first time I’ve tried this and I hope it creates intrigue. Like my other stories, I’ve conveyed how secrets and lies can shatter a family – the very unit in which we’re supposed to feel safe and secure.

As always, the internet was my friend in terms of research, offering answers to searches such as these:

At what speed would you have to hit a cyclist for serious injury or death to occur?

Where to hit a cyclist so they are knocked up into the air?

What injuries from a road accident would cause instant death?

How long does it take for a body to be removed from the scene of an accident?

What damage might hitting a person cause to a car?

Luckily the internet police haven’t come knocking as yet!

The records of those searches may be enough to whet your reading appetite without giving too much of the story away. But here’s the prologue…

All couples have issues, don’t they? Everyone has their ups and downs. That’s life. I’ll get through this. But how?

A bike ride usually calms me down. As I ride out of Otley towards Ilkley, I don’t feel the hill that normally challenges me. Today I’m at the top before I notice that my breathing is laboured.

On any other day, I would enjoy the freewheel down the other side, the summer air whooshing in my ears, impressive scenery as far as the eye can see.

I’m always grateful that I live around here. But today I don’t feel grateful for anything. The demons that have been chasing me have finally caught up.

I pedal faster, as though trying to escape them, glancing over my shoulder to see how far away the approaching vehicle is. I’ve got time to get around the narrow bend onto a straight and wider run. Give it room to get past me. I know this stretch well and enjoy getting my speed up. My tracker normally clocks me at forty miles an hour here. As I take the corner, I glance around again to the roar of the engine, now right behind me, the sound feeling as though it’s vibrating through my chest. The driver is not slowing and is not going around me.

I don’t know whether the sickening crunch is caused at the point of impact or as my body lands. Agonising pain shoots through me, and the world turns black.

To get your copy of Hit and Run which is OUT NOW, click below:

“Brilliant - twisty and intelligently written. Keeps you guessing . My only complaint is that I was up so late reading it, I was nearly late for work!” Amazon Reviewer

The Girl in the Woods by Loran Dounae – I always like to have a domestic thriller on the go!  However, I’m not sure if this one’s turning into a ghost story! Very well written so far though.

Due to popular demand, I'm working on the first draft of the sequel to The Yorkshire Dipper.  It’s in the very early stages but is shaping up to be able to stand alone as a novel, i.e. you don’t have to have read it’s prequel to understand and enjoy it.

I’m excited to say that I’m now putting the finishing touches to a novel inspired by my own hen party in January 2020, happily without such deadly consequences.  It will soon be landing with my advance reader team. 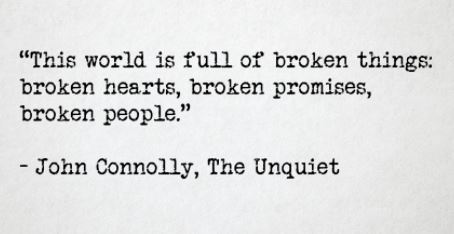 If you would like another domestic thriller to read, lick below to join my 'keep in touch' list and receive a FREE novella. 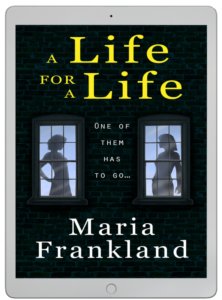 A mother-in law. A daughter-in-law. A deadly dynamic... 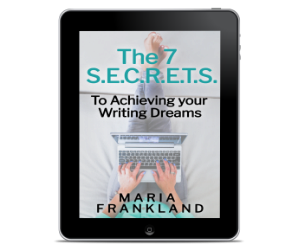